Shepherds and Other Outcasts 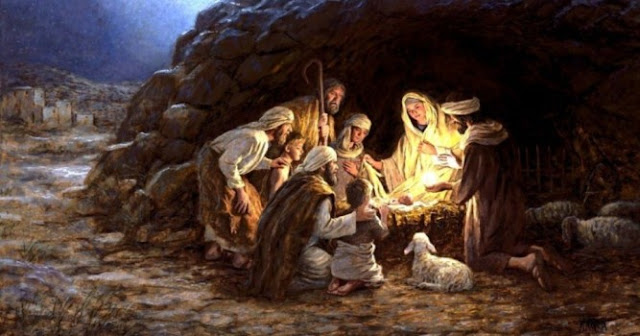 On a long winter evening, we gather to proclaim the coming of the light. Isaiah announces that the people who walked in darkness have seen a great light. Paul reminds us that the grace of God has appeared, bringing salvation to all. In this familiar account of Jesus’ birth, the evening sky is bright with the heavenly host singing, “Glory to God in the highest.” Amid our broken world, we proclaim that the prince of peace is born among us. (Sundaysandseasons).

After all the shopping, cleaning, cooking and preparing and after trying to make ends meet; keeping a distraught family together, struggling to get a job and worrying about a loved one serving overseas—after all the stuff that makes our lives crazy—the short, simple, peaceful word that we are of infinite value and worth to God is perhaps just what we need to hear tonight.

We long and hope that God will counter the challenges of our lives and our world. We look to One who claims us from marginal lives and engages us in this story of hope and promise.

In Bethlehem, God reveals his power in weakness and the people who count include migrant workers keeping watch over their flocks by night. Why do you think Luke mentions the shepherds? Shepherds had bad reputations. Socially and religiously, they were treated almost as non-persons. They usually ranked with ass drivers, tanners, sailors, butchers, camel drivers and other despised occupations of the time. Because they had to be with the sheep at night and could not protect the women of the house, they were considered dishonorable. They were often thought of as thieves since they grazed their flocks on other people’s property. Because of their work, they normally couldn’t make it to the temple worship services. They didn’t practice sabbath day observances. They were seen as ignorant, irreligious, immoral, crude and vulgar.

Shepherds are important because, on the positive side, shepherds connected Jesus to the shepherd King, David. We also find them on Luke’s guest list for God’s kingdom: along with the poor, the maimed, the blind and the lame (14:13,21).

In scripture, whenever someone has an encounter with an angel, they are afraid. The first words out of the angels’ mouths are always, “Do not be afraid.” When the glory of the Lord shone around the shepherds, they were not only terrified but “they feared a mega-fear.” This was a rare, special agony that was replaced by the “mega-joy” of the angel’s good news.

How else did the shepherds respond to the angels’ news? They responded by going and seeing and telling. Then they returned glorifying and praising God. Shouldn’t that be the life of all believers? We are to go where Christ is present—in Word and Sacrament, gathering with God’s people. Here we are to see and hear and share. From here we return to our homes and places of work glorifying and praising God.

Why should anyone pay attention to a baby wrapped in swaddling clothes, just like any other baby, whose crib is a manger, an animal’s feeding trough? God's son, vulnerable as every infant is vulnerable, subject to all the conditions under which we all live, fully identified with every human being's need for love. He lies here unnoticed—without trumpet or drum roll and without a place to lay his head.

Jesus came to show us just how much God loves us. After giving the law and sending prophets, God got involved—personally and intimately with God’s fallen creation.

How did Mary respond to the shepherds’ words of revelation? She treasures, holds dear, stores these words in her mind. She ponders them in her heart. Both her mind and heart are connected with all that had happened and all that she has heard. This doesn’t mean she understood everything that has happened.

The angels declare that which we so desperately long for today, peace on earth. Peace is a quality of wholeness in life. It is too immense to be confined to an inner experience and too personal to be left to the affairs of nations. It is fulfilled in the Christ child who would “guide our feet into the way of peace” (1:79) as Luke writes in his first chapter.

While people often speak of the magic of Christmas, God calls us to speak of the incarnation of Christmas. We come together to hear a familiar story and sing familiar hymns. The blessing and challenge of this time is to once again witness to God’s promise and promise-keeping with vitality and to join the chorus of joy in what God has done and continues to do in being made real among us, ordinary people.

Jesus’ nativity demonstrates God’s reign spilling over the boundaries set by the powerful people of this world and into the margins. The holy family’s peace is interrupted by migrant laborers and an army of angels who point to a vision of the world as it could and should be. Being connected to the right people is replaced by being interconnected by a spirit of unity that brings all of us from the margins into the center of life. In Jesus, God declares a new standard for power, a word of hope, “good news” for all the fragile, the weak, the overlooked, the despised, the abandoned, the homeless and all those hovering between life and death. The festival of Jesus’ incarnation as one of us is “salvation to all” (Titus 2:11).

We can’t do anything to make our way up to God. In the incarnation, God came down to us and God continues to come down to us because we are incapable of even living the Christian life on our own. We might not be as bad as shepherds, but it is only by God’s invitation and work that we have come to Jesus. God not only invited shepherds to see and believe in Jesus, but God has invited each of us to see and believe in Jesus, the world’s Savior and our own Savior. Heaven declares that God is among us. We are all now as Mary, bearing Christ for the world. We cannot and dare not keep this amazing good news of God coming to humanity to ourselves or in our church. After all, Mary’s baby is God’s yes to all the world, including us.

A bunch of Bonhoeffer devotions

May 24, 2007
It's been crazy lately with school. I've ready so much good stuff lately that I've wanted to share it all. But though a bit behind, I'm going to post some recent Bonhoeffer devotions that are powerful. Enjoy! Community Prayer The prayer of the Psalms teaches us to pray as a community. The body of Christ is praying, and I as an individual recognize that my prayer is only a tiny fraction of the whole prayer of the church. I learn to join the body of Christ in its prayer. That lifts me above my personal concerns and allows me to pray selflessly. Many of the Psalms were very probably prayed antiphonally by the Old Testament congregation. The so-called parallelism of the verses, that remarkable repetition of the same idea in different words in the second line of the verse, is not merely a literary form. It also has meaning for the church and theology....One night read, as a particularly clear example, Psalm 5. Repeatedly there are two voices, bringing the same prayer req
Post a Comment
Read more