This is the sermon I preached Sunday, June 19th, Juneteenth at St. Timothy Lutheran Church. The text was Luke 8:26-39. 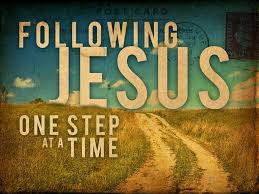 In the 1980s, going to live overseas as missionaries with small children, people worried about us, especially those that didn’t understand what it meant to follow God’s call. We were crossing several boundaries, including that of religion. Those Muslim terrorists—aren’t you afraid for your lives and those of your children? The call to prayer five times a day was something we really had to adjust to, since the mosque was close to our apartment. I came to love it.

But these were some of the most meaningful, marvelous years of my life. Arab culture is one of total and complete welcome. No matter how busy one may be, if you came to their home expected or unexpected, they would drop whatever they were doing to spend time with you. That is what was supremely important, to make a guest feel welcome.

Jesus, too, crossed boundaries: going places and doing things he shouldn’t have, at least according to some people. He made a clear distinction between the Jewish community and the wilderness, and Luke offers us several occasions where this boundary is crossed, which is good news.

Jesus’ first boundary crossing was traveling to the country of the Gerasenes, a place inhabited by Gentiles. You know this because people there made their living as swine herders. Pigs are considered unclean by the Jews, and Jewish people are forbidden to eat pork. Earlier prophetic voices declared Jesus would be  “a light for revelation to the Gentiles” (2:32) and that “all flesh shall see the salvation of God” (3:6).

Second, as Jesus entered this foreign land, he was met by a demon-possessed man. He was afflicted beyond belief: naked, beyond the bounds of civilization, homeless—living with the dead in the tombs. He was tormented physically, shackled like an animal, isolated and abandoned by his community. Even here, among the tombs, Jesus is unafraid of bringing wholeness into chaos. Religious Jews shouldn’t be hanging around places of the dead. This too would make Jesus unclean, prohibiting his access to the Temple in Jerusalem.

There is a cost to restoration—not only to the one healed, but to the community as well. A church might find that reaching out to the poor and needy can be costly when those who socially and economically differ from regular worshipers attend worship, fellowship or other church activities. Being inclusive is likely to cost social comfort, financial resources and perhaps even reputation.

Jesus’ third border crossing is that between the isolated man inhabited by demons and the united community. He, who was so out of his mind by the habitation of demons that had invaded him and could not be contained, crossed a boundary as well. He crossed the border from chaotic craziness to being clothed and in his right mind (v. 35).

The final boundary crossing was the man returning to his  community, in obedience to Jesus’ command to “Return to [his] home, and declare how much God has done for [him],” (v. 39). Crossing this final border demonstrated the restoration of this man’s full humanity. Here he is the first missionary to the Gentiles! He is the witness of God’s boundary-crossing, demon-exorcising, life-saving grace.

What does Jesus do for us? We may not struggle with demons, but there are things that likely plague us. There are desires, attitudes, issues of health, relationships, time and many other things in life that we struggle with, that show how much we need Jesus to set us free.

Are there things that haunt you, that seem impossible to shake? Remember the healing power of God almighty in our Lord Jesus Christ through his Holy Spirit. It is only in Christ that we will experience true freedom. The grace we see in this story is not just for outcasts, but for each one of us.

The names and claims of the voices of this world do not have the last word. We, too, can declare that we  are made God’s own beloved children in the waters of baptism.

How shall we respond to the power and grace of God? Shall we respond like the people of the land of the Gerasenes who fearfully asked Jesus to leave as “they were seized with great fear?” (V. 35). They did not rejoice in the wondrous change in one of their countrymen, but rather found that this could be costly for them. They knew how to manage the man when he was driven by demons. It was a matter of the devil they knew was better than the freedom they did not know. Change is scary. After all, Jesus had already destroyed their livestock and the livelihoods of some of them. What else could happen if the people let Jesus stay and proclaim and demonstrate the power of God?

Will we cross the barriers of race today, Juneteenth, a great celebration in the African American community? “Juneteenth (short for ‘June Nineteenth’) marks the day when federal troops arrived in Galveston, Texas in 1865 to … ensure that all enslaved people [are free]. The troops’ arrival came a full two and a half years after the signing of the Emancipation Proclamation. Juneteenth honors the end to slavery in the United States and is considered the longest-running African American holiday. On June 17, 2021, it officially became a federal holiday” (history.com).

Today, some of us will stand with, encourage, love and celebrate this day with our sisters and brothers of color. Especially following the massacre in Buffalo, these folks need to be encouraged and to know that there are people who care. Shall we be like the man Jesus freed? He wanted to follow Jesus so badly. However, there was a city in need of the gospel, the good news. This restored man was just the person to bring it to them. He chose to serve Jesus in a way no one else could. Let us do likewise.

And in the meantime, this side of Paradise, it is our business (not like so like many peddlers of God’s word but as men and women of sincerity) to speak with our hearts (which is what sincerity means) and to bear witness to, and live out of, and live toward, and live by the true word of his holy story as it seeks to stammer itself forth through the holy stories of us all. (From A Room Called Remember). Amen!