God Uses the Ordinary to Reveal the Extraordinary 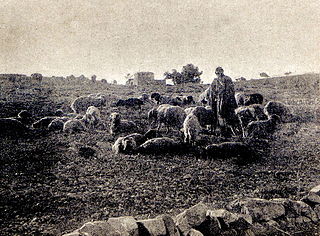 This is the sermon I preached on Christmas Eve at St.Timothy Lutheran Church and at the combined worship service of St. Paul's Episcopal Church and St. Mark Lutheran Church. The text was Luke 2:1-14.
During Advent and Christmas, we are presented with the idea that Christmas is a magical time and anything is possible because after all, it is Christmas. We see this in television shows and the movies, especially the schmaltzy Hallmark movies that many of us love. But our personal reality is often quite different.
This is a time when people suffer from depression, from their first Christmas without a loved one, from illness, you name it. For many, it isn’t all magic and happiness.

After all the shopping, cleaning, cooking and preparing and after trying to make ends meet; keeping a distraught family together, struggling to get a job and worrying about a loved one serving overseas—after all the stuff that makes our lives crazy—the short, simple, peaceful word that we are of infinite value and worth to God is perhaps just what we need to hear tonight.

We long and hope that God will counter the challenges of our lives and our world. We look to One who claims us from marginal lives and engages us in this story of hope and promise.

Unlike Matthew’s birth narrative of Jesus, Luke emphasizes those of low and no status: a pregnant, engaged woman, “no place in the inn” and low class shepherds.

In Bethlehem, God reveals his power in weakness and the people who count include migrant workers keeping watch over their flocks by night. Why do you think Luke mentions the shepherds? Shepherds had bad reputations. Socially and religiously, they were treated almost as non-persons. They usually ranked with ass drivers, tanners, sailors, butchers, camel drivers and other despised occupations of the time. Because they had to be with the sheep at night and could not protect the women of the house, they were considered dishonorable. They were often thought of as thieves since they grazed their flocks on other people’s property. Because of their work, they normally couldn’t make it to the temple worship services. They didn’t practice sabbath day observances. They were seen as ignorant, irreligious, immoral, crude and vulgar.

Shepherds are important because on the positive side, shepherds connected Jesus to the shepherd King, David. We also find them on Luke’s guest list for God’s kingdom: along with the poor, the maimed, the blind and the lame (14:13,21).

In scripture, whenever someone has an encounter with an angel, they are afraid. The first words out of the angels’ mouths is always, “Do not be afraid.” When the glory of the Lord shone around the shepherds, they were not only terrified, but “they feared a mega-fear.” This was a rare, special agony that was replaced by the “mega-joy” of the angel’s good news.

It was common in the Roman Empire for poets and orators to declare peace and prosperity at the birth of one who would become emperor. However, here in Luke’s gospel, from heaven comes good news of joy and peace because of the birth, not of an emperor, but of a Savior, Christ the Lord (v. 11). It was not in palace halls, but in fields to the poor and lowly that the news came first. The prophecy of Isaiah is fulfilled, that the poor have good news preached to them.

Why should anyone pay attention to a baby wrapped in swaddling clothes, just like any other baby, whose crib is a manger, an animal’s feeding trough? God's son, vulnerable as every infant is vulnerable, subject to all the conditions under which we all live, fully identified with every human being's need for love. He lies here unnoticed—without trumpet or drum roll and without a place to lay his head.

Jesus came to show us just how much God loves us. After giving the law and sending prophets, God got involved—personally and intimately with God’s fallen creation.

The angels declare that which we so desperately long for today, peace on earth. Peace is a quality of wholeness in life. It is too immense to be confined to an inner experience and too personal to be left to the affairs of nations. It is fulfilled in the Christ child who would “guide our feet into the way of peace” (1:79) as Luke writes in his first chapter.

While people often speak of the magic of Christmas, God calls us to speak of the incarnation of Christmas. We come together to hear a familiar story and sing familiar hymns. The blessing and challenge of this time is to once again witness to God’s promise and promise-keeping with vitality, and to join the chorus of joy in what God has done and continues to do in being made real among us, ordinary people.

Jesus’ nativity demonstrates God’s reign spilling over the boundaries set by the powerful people of this world and into the margins. The holy family’s peace is interrupted by migrant laborers and an army of angels who point to a vision of the world as it could and should be. Being connected to the right people is replaced by being interconnected by a spirit of unity that brings all of us from the margins into the center of life. In Jesus, God declares a new standard for power, a word of hope, “good news” for all the fragile, the weak, the overlooked, the despised, the abandoned, the homeless and all those hovering between life and death. The festival of Jesus’ incarnation as one of us is “salvation to all” (Titus 2:11).

I bet you have been wondering about this arrow I drew. There was a seminary professor who drew a similar arrow on the chalkboard and then left the room. The seminarians were of course, very confused. When the professor returned he explained that “God is the God who always comes down.”

We can’t do anything to make our way up to God. In the incarnation, God came down to us and God continues to come down to us because we are incapable of even living the Christian life on our own. We might not be as bad as shepherds, but it is only by God’s invitation and work that we have come to Jesus. God not only invited shepherds to see and believe in Jesus, but God has invited each of us to see and believe in Jesus, the world’s Savior and our own Savior.

We cannot and dare not keep this amazing good news of God coming to humanity to ourselves or in our church. After all, Mary’s baby is God’s yes to all the world, including us.

Earth is not looking to heaven for a sign, but heaven looks to earth. The extraordinary points to the ordinary and says, “See, God is among you.” Share this good news.