The Heart of the Good News 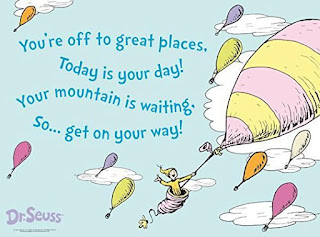 Today we are continuing the venture of learning to share our faith by looking at a writing of the Apostle Paul, perhaps the most prolific New Testament author who founded many of the churches of the first century.

What Paul is about to say is at the center of Christian faith and life—not at the margins. And it was from Paul that the Corinthians heard the message in the first place.

Further in the reading, we find the content of the good news. Here is the earliest existing description of Christ’s resurrection. It sounds like part of an early creed formulated long before the Apostles’ Creed. Paul’s version dates from 54 AD and the Apostles’ Creed from around 390 AD.

“Of first importance” stresses the centrality of the doctrines Paul mentions to the gospel message. In a nutshell, they are Christ’s death, burial and resurrection. His burial shows the reality of Jesus’ death and resurrection.

Of all these essential beliefs of the faith, however, Paul spends most of his time on the resurrection. He proves Christ’s resurrection both from Old Testament scriptures and reports of eyewitnesses. Can you imagine what that must have been like? I can’t help but think of the risen Lord’s encounter with the two on the way to Emmaus.

What a list of eyewitnesses Paul presents! The first mentioned are Cephas, who is Peter and the twelve. These would have been considered authoritative witnesses. If this wasn’t enough, Paul cites a resurrection appearance to more than 500 people, some of whom were still living. Then there is Jesus’ brother James and all the apostles, which means more than the twelve since Paul is one of them. Basically, the resurrection is not some kind of twilight zone, never-never-land event in the mythical past, but a real, actual event that certainly happened in the Corinthians’ recent history.

The reality of the resurrection was so important that if it hadn’t happened, Paul later says, “If for this life only we have hoped in Christ, we are of all people most to be pitied” (1 Corinthians 15:19). It is the resurrection of Jesus that is the linchpin of our faith. For Paul, there was no good news unless God had raised Jesus from the dead. If this victory over death hadn’t occurred, then the gospel is a sham.

Paul uses the perfect tense of the word raised, which shows the present effect of something that happened in the past. This power transforms Christ’s death into salvation as it transforms sinful, human lives and saves through faith in Christ’s death and resurrection. The reality of the resurrection shows the authenticity of God’s power which alters reality itself—raising the dead Jesus, changing Paul from a zealous persecutor into Paul the energetic apostle and transforming the Corinthians.

Does it sound a bit odd that Paul refers to himself as “one untimely born?”  Paul felt he was not a normal member of the apostolic group, but one who had been snatched out of his sin and rebellion by the glorified Christ (Acts. 9:3-6). He wasn’t around during the time of Jesus’ appearances after he was raised. He was born too late physically and spiritually. And yet, by the power of the resurrection, the Lord Jesus appeared to Paul and called him as an apostle.

Paul describes himself as the “least of the apostles, v. 9 because of his persecution of the church before his conversion. He was a murderer and persecutor and certainly not worthy of God’s grace, yet God chose him and used him anyway.

The way of Christ is different from all other worldly authorities. The invitation is to share in the work of Christ, to show forth God’s reign. Throughout the book of Acts and Paul’ letters, we see how Paul worked tirelessly to boldly proclaim the gospel in spite of obstacles of many kinds including stoning and imprisonment.

How did Paul manage to do so much, to have such an effect on people? It was because of the grace of God. It was by this grace that Paul was who he was. Listen to his emphasis on the centrality of grace. “But by the grace of God I am what I am, and his grace toward me has not been in vain. On the contrary, I worked harder than any of them—though it was not I, but the grace of God that is with me” (v. 10).

Corinth had its share of temples to other gods, surrounding the center of town and towering over the marketplaces. Religion was part of everyday life. Yet, in the midst of all of this, a church formed around the scandalous claim of the bodily resurrection of a Jewish peasant from a backwater region of the Roman Empire.

We have something in common with Paul. We too were born at the wrong time. Can we still be witnesses to the resurrection and power of Christ? God used flawed and fragile human beings, like Paul, throughout scripture to proclaim God’s mercy and love. Throughout the history of God’s interaction with humanity, God has used imperfect people; yes and today God uses us.

God changed our identities in baptism. God has upended our little worlds and we cannot live life as usual. Salvation is a process of hearing, believing and doing the good news.

The greatest way we can be and do the good news is by sharing the love of God with everyone, even if it’s just a smile at a weary-looking person. We share God’s love by praying for people, by helping people in need, by forming relationships with those different from ourselves. Ultimately, we need to let God’s grace and the power of the Holy Spirit use us and work through us.

Think about some of the outreach ministries we’re involved in as a church and how they began. The Honduras mission did not begin in the form we know it now. God used some to have the idea and to begin the work. Some of you remember the beginnings. Did you ever think it would become what it is these years later?

I remember when I first went on the board of the Addiction Response Ministry. It was just a handful of churches in Jamestown that were involved. Now things are happening with churches in the north county and other areas outside of Jamestown as well. More doors are opening to share the love of Christ with those ensnared by addiction.

What’s next in sharing our faith? The most effective way to evangelize is through relationships and you are surrounded by those—relationships with your family, friends and neighbors, co-workers—you name it. Our ability to share the faith comes from the power of God through our relationship with God. If you want to know more, I would invite you to join us for Bible study at 11 in my office. We are studying the Book of Acts, which has many stories about the beginning of the church and how God worked through ordinary people. If you can’t come, then start reading it on your own. It’s a page-turner.

Draw on God’s grace and power to live your life in service to God and people. Spend time in prayer and God’s word. Listen to the voice of the Father directing you. And it’s all because of the power of the resurrection of Christ. Who knows how God may use you or as Lutheran theologian, Dr. Seuss wrote: