From Outcast to Witness

March 19, 2020
This is the sermon that was sent out this week to the people of St. Timothy Lutheran Church. We are honoring our bishop's request to not physically worship together. However, we are endeavoring to stay connected in other ways. The text was John 4:5-42. 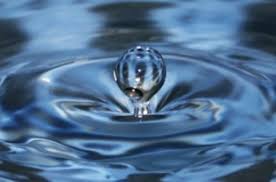 We all have different paths that have brought us to faith in Jesus. Some have dramatic conversion experiences from a life of sin and unbelief to a life of faith. Others have a relationship with God from childhood and cannot remember a time when God was not real to them. God meets us wherever we are.

Jesus engaged Nicodemus differently than he engaged the Samaritan woman in today’s gospel. He tailored the encounter to the needs of the hearer. Nicodemus was Jewish. We are told his name. He came to Jesus in Jerusalem. The Samaritan woman is a Gentile. We never find out her name. Jesus came to her. Nicodemus could not wrap his mind around a new, spiritual birth, while the woman struggled to understand what it meant to have living water.

There are several unusual characteristics about Jesus’ meeting with the Samaritan woman. The fact that he was in Samaria was odd in itself. Although it took longer, Jews would take an alternate route from Judea to the Galilee, rather than get near the Samaritans. Because of intermarriage, Samaritans were half-breeds rather than pure Jews. Samaritans only observed the first five books of the Hebrew Scriptures, rather than the scriptures in their entirety. They didn’t even worship in the same holy places. The Samaritans worshipped in Samaria, while the Jewish people worshipped in Jerusalem at the temple. Relationships between these two peoples had been strained for hundreds of years.  And yet, Jesus goes to Samaria and initiates contact with a Samaritan woman. We get to eavesdrop on the longest conversation Jesus had with anyone!

Many taboos were broken in Jesus’ encounter with the Samaritan woman. It’s no wonder she was so surprised that Jesus not only talked to her but also asked her for something. Neither Jesus nor the woman should have been at that well at noontime. It was a “woman’s place.” Drawing the water for the daily needs of the household was “woman’s work” which was not usually done in the heat of the day (Dr. Delmer Chilton, The Lectionary Lab). Is it any wonder the Samaritan reacted with shock to Jesus’ request.

Instead of answering this woman’s question directly, which Jesus never seems to do, he invites her to answer her own question, “If you knew...” If she could recognize the identity of the One with whom she spoke, a dramatic role reversal would take place. The woman would be the one requesting water. Jesus offers the woman living water, which must have confused her even more. She was the only one of them that had something with which to draw water. How could Jesus be in a position to offer her water? The reference to living water has a double meaning. It has the usual meaning of flowing water as opposed to that which is in a cistern. However, in John’s gospel, it also has the meaning of life. Typically, Jesus’ statement was misunderstood and he explains further.

The conversation with Jesus moves to a deeper level as the woman compares him to the patriarch Jacob. Of course, she assumed that Jacob was greater than Jesus was. She challenges Jesus’ ability to match Jacob’s gift of water to her people. However, water from Jacob’s well only temporarily quenches thirst, while Jesus’ gift of living water gives life. And it is lasting because it has become a part of the believer, “gushing up to eternal life” (v. 14).

Now that kind of water appealed to the Samaritan woman, but she still didn’t get it. She was still thinking about physical water. Despite her enthusiasm, she missed the point. The Samaritan woman continued to see Jesus through her preconceived categories of physical thirst and miraculous springs. Her request for living water is right, but it’s for the wrong reasons. She thought she would no longer have to come repeatedly to the well to draw water.

The woman has made progress though. She has moved from seeing Jesus as a thirsty Jew who violates social convention to seeing him as someone with gifts she needs. The woman believes Jesus can give her water to quench her thirst. She is willing and open to engaging Jesus in conversation. The woman is willing to receive what she thinks he’s offering, thereby acknowledging her need for him.
Jesus grounded his invitation in the woman’s life. This created a turning point in her understanding of who Jesus is. Jesus didn’t judge her. Jesus’ knowledge of her marital history was what moved her forward in faith. It is this part of the conversation that leads her to declare him a prophet.

I love it that once she has come to see Jesus as a prophet, she discusses theology with him. She brings up the most pressing theological problem that separated the Jews and Samaritans of Jesus’ day—the right place to worship. Jesus didn’t accuse her of trying to change the subject to something less painful. Jesus did not talk down to her like some teachers would have. Rather than disengaging from Jesus, she was engaging him more deeply, recognizing him as a teacher from whom she could learn.

The Samaritan woman was so excited about all she had heard and understood, she forgot why she had come to the well in the first place. She ran back to town without her water jar! This woman has now moved from being an outcast to being a witness.

The way she shared the good news about Jesus bears looking at. She invited the villagers to come and see. This woman told about Jesus using her own experience as the basis of her witness, telling her story.  Rather than hammering her neighbors over the head with the truth, the Samaritan woman engaged them with the question of whether or not Jesus might be the Messiah. She made them think.

The Samaritan woman may not have had mature, full faith, but she witnessed to the extent of the faith she had. What if she had waited until her faith was mature and she knew more? How would the story have ended then? You know the rest of the story about how the Samaritan villagers listened to the woman, checked it out for themselves and believed. Salvation may have come from the Jews, but it certainly was not limited to them.

The woman, Jesus’ disciples and the Samaritan villagers all received far more from Jesus than their assumptions had led them to expect. The incredulous Samaritan woman becomes a witness. Jesus’ questioning disciples become co-workers in the harvest. The despised Samaritans spend two days with the savior of the world.

Just as Jesus treated the woman and the other Samaritan villagers as human beings who were worthy recipients of God’s grace, so God in his mercy has treated us. How should we respond? What is God saying to us here as a community at St. Timothy? God is calling us to stop shaping life according to society’s definitions of who is acceptable. God is telling us that everyone is acceptable and we are to go out into the world and tell everyone we meet about the  Person who gives living water with no strings attached. God desires us to show the same openness to others—whether they be strangers and enemies or dear friends.
We may be imperfect and we will make mistakes. And yet—if we have been transformed by God’s love and nourished by his word and sacrament, we can hardly hold back from sharing the good news. Let us be bold and fearless in feeding hungry hearts and quenching thirsty spirits while sharing and caring for one another’s basic needs. May our hearts be opened by God so that we may pour out God’s thirst-quenching love without fear. Amen.