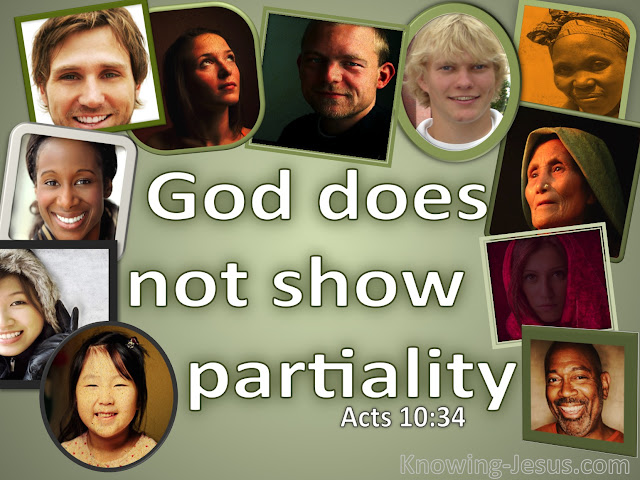 Easter turns the world upside down. It defies our expectations. We see radical reversals—prophesied in scripture, revealed in Christ’s life and ministry, culminating in the good news we proclaim today. Christ has triumphed over death!

We see the resurrection at work in Peter and ultimately in us.

First, there’s a back story to today’s lesson from Acts. Peter just had a vision that abolished the Jewish food laws, which God interpreted for Peter. Then he understood that “What God has made clean, you cannot call unclean.” This is the basis of God’s impartiality. Cornelius had a vision to call for Peter. Peter goes and preaches to and among Gentiles. This sermon takes place at Gentile Cornelius’ house with his family and friends (Eric Fistler & Robb McCoy, pulpitfiction.com).

Peter was sure, as were most Jewish people of his day, that God had an exclusive love for the people of Israel, far greater than any concern God could possibly have for the heathen Gentiles. That Gentiles could be accepted by God in Christ without adopting Jewish customs was unbelievable. Here is the pivotal awakening to a church that is for every nation (Laurel Mathewson, Christian century.org). This is the moment along with the ministry of the Apostle Paul, that gave birth to Christianity as a faith that did not require one to become someone they were not—ethnically, culturally or linguistically—to be at peace with the God first revealed to the people of Israel.

Are you familiar with the term “elevator speech” or witness? It is a clear, brief message that lasts around 30 seconds. In Peter’s case, he describes what baptism and Christian faith are all about. It is a Reader’s Digest version of the gospel: Jesus was anointed with the Holy Spirit, did good and healed, was put to death and raised from the dead. He will judge the living and the dead. All who believe in him receive forgiveness of sins. That’s the gist of it.

The passage ends with, “everyone who believes in him receives forgiveness of sins through his name.” It is easy to understand these words in terms of exclusivity—we’re in and they’re out. However, this is an inclusive message to believers—EVERYONE!

If we were to highlight or bold all the phrases that have to do with God’s inclusivity, this is what we would have:
·       God shows no partiality,
·       in every nation anyone who fears him and does what is right is acceptable to him
·       he is Lord of all (not only of a chosen few)
·       [Jesus] went about doing good and healing all who were oppressed by the devil
·       everyone who believes in him receives forgiveness of sins through his name.
This message of God’s love and care for all runs throughout this passage.

Sometimes through the sorrow of loss, whether by natural disaster or Coronavirus, vital new ministries emerge in response to the need. We are learning to do church differently—with interactive bulletins. Some churches stream worship or use ZOOM. Visitation is done differently. Instead of physically going to see people, we call them, send notes and cards.

Easter is not just for those first witnesses in today’s lesson, nor is it only for the ones who embrace that proclamation. Easter is for everyone: it is global and includes the cosmos, and all creation benefits from Christ’s victory over sin, death and the power of the devil.

In Peter’s sermon, witnesses of the resurrection are those who “ate and drank with him after he rose from the dead.” We, believers, see ourselves as among these witnesses. Witnesses are not volunteers, but are made such by God, part of the saving event itself (v. 42) (Fred. B. Craddock & Eugene Boring, The People’s New Testament Commentary).  We, too, need our own Acts 10 moments. We need to be surprised again by God’s presence in unexpected places (Laurel Mathewson). Let us do something with what we have seen and experienced—share it with others. Let us share with our lives, embracing Jesus’ vision of peace, his radical inclusion and his delight in the world’s diversity. Jesus’ resurrection changes everything!

If you would learn of God the Father, listen to this word. When it is too dark for you to see, seek Christ, for he is the light. Would you know by whom the world was made and all things are sustained? Believe in him, for he is the arm and right hand. Are you afraid of this or that? Remember that on all occasions he will stand by your side like an angel. If you do not know the way of salvation, look for Christ, for he is the road for souls. If it is truth that you want, listen to him, for he is the truth. If you are afraid that your body is failing and have a dread of death, remember that he is the resurrection, and can raise up what has fallen. (Nicetas, in A Treasury of Early Christianity).