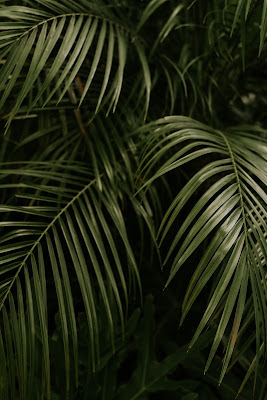 I loved living in the Holy Land during Palm Sunday. There was a procession from the Mount of Olives to Jerusalem. All the churches of all languages along with visiting pilgrims participated in this. Throngs of people walked the way of Jesus into the city.

This year we celebrate a Palm Sunday, unlike any we have ever experienced. Where are the palms? Where is the parade from the fellowship hall into the sanctuary? Can we celebrate the Palm Sunday procession without these elements?

Open your hands and look at them. What do you see? You have palms on your hands. We may not have palm branches, but we certainly have our palms with us that can be lifted high in cries of praise and pleas for help, as well as being used to help those around us.

Everything in this gospel story illuminates the identity of Jesus Christ. We see various aspects of Christ’s character in the preparation for the procession, in the procession itself and in the various peoples’ responses concerning Jesus. And on this day, we move from the triumphant ride on a humble donkey to the humiliation of the cross.

Preparation for this parade demonstrates the power of Jesus’ word. The disciples get the donkey, which is donated; happening just as Jesus said it would. His word was fulfilled. The crowds gather and chant and at the end of the gospel reading they proclaim who Jesus is.

Most important to Matthew was how Jesus fulfilled scripture, even to the point of riding a donkey into Jerusalem, “…your king is coming to you, humble, and mounted on a donkey, and on a colt, the foal of a donkey” (v. 5). Matthew knew that Jesus couldn’t ride two animals at the same time, but he didn’t care. His point was not historical precision, but theological insight-- being “your king comes to you,” completely and totally fulfilling the quote from Zechariah.

The procession demonstrates Jesus’ kingliness. Throughout, Jesus is treated like royalty. He doesn’t climb onto the donkey but is seated on it by others. The spreading of cloaks and branches on the ground along the way is like our “red carpet treatment” of celebrities. Such individuals do not have their feet touch the ground that mere mortals walk on.

The procession on a donkey parodies a conqueror entering the city in a display of power (James O’Duke, Feasting On the Word--Year A, Volume 2: Lent through Eastertide). Jesus is a gentle, kingly, servant-leader. Isn’t that just the kind we need right now? One who sees with eyes of love and a heart of kindness? One who walks in with no weapon for self-defense, but leaves himself vulnerable to all that will come in the coming days? Don’t we see glimmers of him in all on the front lines these days who reach beyond their own fear to touch and heal?

Compare Jesus’ entry into Jerusalem with Pontius Pilate’s--the Roman parade with Pilate on a warhorse accompanied by a squadron or two of battle-hardened Roman soldiers marching through from the other side of the city. They were coming to maintain order during Passover, a time when Jerusalem’s population swelled from around 50,000 to well over 200,000. Passover celebrated liberation from Egypt. Rome was uneasy with its anti-imperial message. The Roman procession sent a message of Roman imperial power.

Jesus’ procession began in Galilee, approaching Jerusalem from the east. Their route meant that they traveled the steep 15-mile road up from Jericho to Jerusalem. Any trip up to Jerusalem revived national hopes fanned by memories of grand days (Fred B. Craddock, Texts for Preaching: A Lectionary Commentary Based on the NRSV). Pilate entered the city from the west. We have the kingdom of God compared to the Empire of Rome. The stage is now set for Holy Week.

Pandemonium prompts Jesus’ prophetic identity.  As Jesus entered the city of Jerusalem, the whole city was in turmoil. Turmoil is the same word used for an earthquake. The city shook with fear when Jesus was born (2:3) and now it shakes as he enters it as an adult. The entrance of the One who would give himself away in love would and will literally shake the world at its very foundation.

The Jerusalemites asked, “Who is this?” The city dwellers in Jerusalem would have been able to look over the city walls to the east and see the crowd hailing Jesus as he rode along. Conflict characterized the relationship between city dwellers and outsiders in ancient Mediterranean society. No wonder the Jerusalemites questioned, “Who is this?” And of all things to be from Nazareth in Galilee—Galilee of the Gentiles. Truly these people were outsiders! (David Ewart, holytextures.com). But the so-called outsiders knew the answer, “This is the prophet Jesus from Nazareth in Galilee” (v. 11).

Doesn’t the entry of Jesus always shake things up? We see this today in hospitals, food banks, in neighbors looking out for vulnerable neighbors, in those working behind the scenes risking their lives night and day to protect and provide for us and our loved ones.

This Palm Sunday, this Holy Week, we sense the ground shaking beneath our feet a little more than usual as we witness gentleness winning the day in all the ways that matter. We have real problems, especially now that we are in a pandemic.

How often do we try to display the celebrations and joy in life while hiding the pain and suffering? What do we post on social media? How would our life of faith be different if we were more transparent about our suffering—and public about the One who meets us in that suffering?

Does it feel like we have more problems today than in Jesus’ day? Those people had problems too. Their home was occupied by the Romans. Their land was not their own. The Temple was corrupt and in cahoots with the Romans. They were oppressed. ­ Jesus healed the sick, drove out demons and evil, identifying with those in need. What can Jesus do for us?

Jesus has been there, understands what we are going through, knows suffering and loneliness. His followers forsook him while he was tortured and killed. Jesus is with us in the pandemic of Covid 19, in needing to stay home, work from home, in losing business, in this time of such fear. May we faithfully shout, “Hosanna to the Son of David! Blessed is the one who comes in the name of the Lord! Hosanna in the highest heaven!”
picture